Like most serendipitous life events, meeting author Alice Lewis, editing her book, becoming friends, and falling in love with her village of Yachats, Oregon, did not follow a linear path. But these occurrences began when I took on the edit of Lewis’ work-in-progress, “Ghosts of Yachats.” Billed as a paranormal romance/ghost story, I wasn’t sure what to expect from that unique genre description. Lewis and I met via email and discussed the work required to hit that coveted finish line of publication.

Editing a book, especially with a talented author, often evolves into a connection like no other. A respected editor colleague describes it, “Authors don’t always get how intimate it is what we do. They let us inside their brains, and we instigate a dialogue there. We’re not a commodity; we’re a collaborator. It’s a relationship.” I found this special collaborative synergy evolving as I worked with Lewis.

I also got to know Lewis personally and through her gifted storytelling skills, couldn’t help but become immersed in the book’s setting, the fascinating coastal Oregon village of Yachats. Never having been to the Pacific Coast, I was pulled in by her description of its power and unpredictability. After all, the Pacific is a main character in the book! While we edited and revised, Lewis sent me photos of locations around Yachats, many taken along the 804 Trail. Landlocked in Ohio in mid-winter, these images gave me a wonderful fantasy break.

Nearing completion of the edit and contemplating the cover design, Lewis approached local photographer Ken Gagné to shoot a picture to evoke the ghostly aspects of the story and its setting. Gagne captured an image that became the book’s back cover. Lewis’ daughter, graphic designer Wendy Reni, designed the cover, adding the ocean shot that graces the front.

Totally enchanted by Yachats, I began checking out Gagné’s photos on the Oregon online news sites. Sea lions, surfers, and giant waves – oh my! As publication approached, I decided I had to visit this enchanted spot. Excited to meet Lewis, help with a possible book-signing, and to experience Yachats myself, I booked a trip at the end of September. By “Ghosts of Yachts” release date in late July, Lewis and I had also become friends. So it was as editor, friend, and cheerleader, I was so proud of the final product.

Late September, Lewis picked up her jet-lagged editor/friend in Eugene, OR. As we drove down Pacific Coast Highway 101, the sun setting, I got my first look at the Pacific coastline. I can honestly report it was the next chapter in a truly transformative journey. During my visit, I explored the rocky coast, fun shops, ate local seafood, and quickly saw Lewis’ pride of place in her little village.

This trip, coinciding with a much-needed life change already in the works, had the not-totally-unexpected result of my decision to possibly move to Yachats next year! Working with Lewis and being drawn into an engaging story set in a piece of paradise – who could argue against this compelling combination?

As a first-time author, I came into our professional relationship with a lot of insecurities about my abilities. Nancy’s background in counseling certainly came in handy! I asked her to be tough on my work – and I was very pleased when it came back full of “red marks.” She delivered her critique with a lot of encouragement and with a wonderfully dry sense of humor. Oh, I have absolutely loved working with Nancy.

— Lisa Weldon, author of “Twenty Pieces, a memoir: a 30-day walk through my past and into my future” 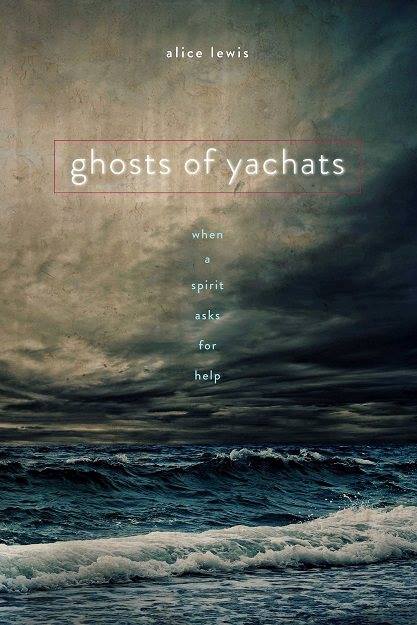 Starting 2021 w/ some uber talented new clients, including two teen authors. Openings in mid-Feb. for edits. Contact me about your project or for general questions/info. (I'll be watching the crab boats...) ...